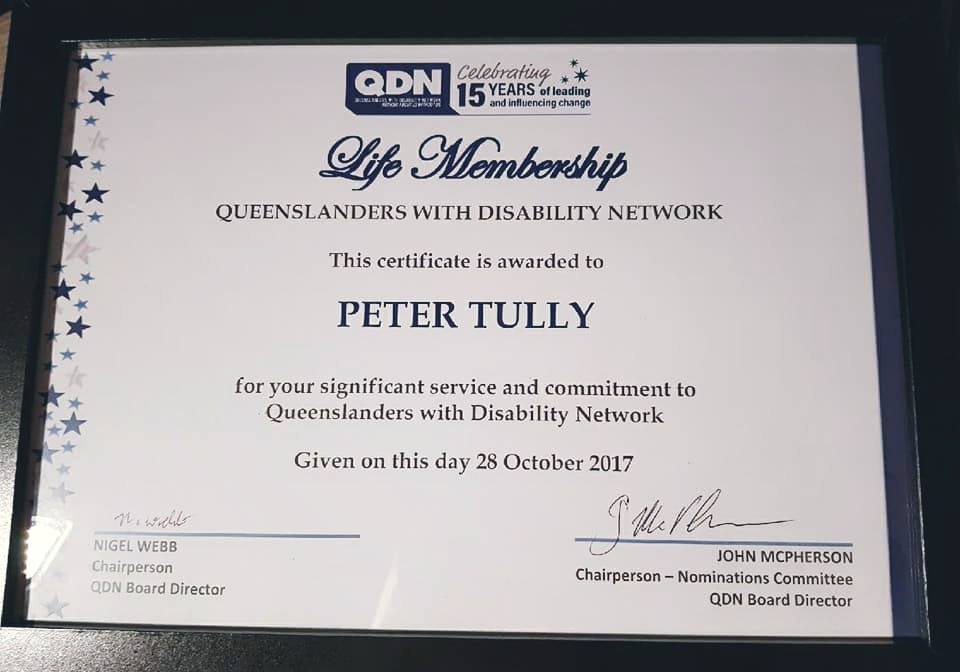 What a way to finish the month of October 2017, after starting the month by returning from our cruise to find out thanks to members of Catalyst Church Ipswich, that Peter had been named a Successful Baton bearer for the Gold Coast 2018 Commonwealth Games Queen’s Baton’s relay.

Then today at the 2017 Queenslanders with Disability Network AGM and 15th years celebration, Peter accepted and became a QDN Life Member.

Like early in the month Peter was honoured to accept this #QBR2018 nomination, today once again Peter accepts this QDN Life Membership on behalf of our Family, Friends and Community Supporters, thanks to the belief shown to us by our Supporters, Able Australia, Ipswich City Council and Queenslanders with Disability Network (QDN), as we continue to raise Disability Community Awareness, while helping the Community and NDIS Participants understand what the NDIS National Disability Insurance Scheme means for them, as Australia enters a new way of supporting people with a disability. 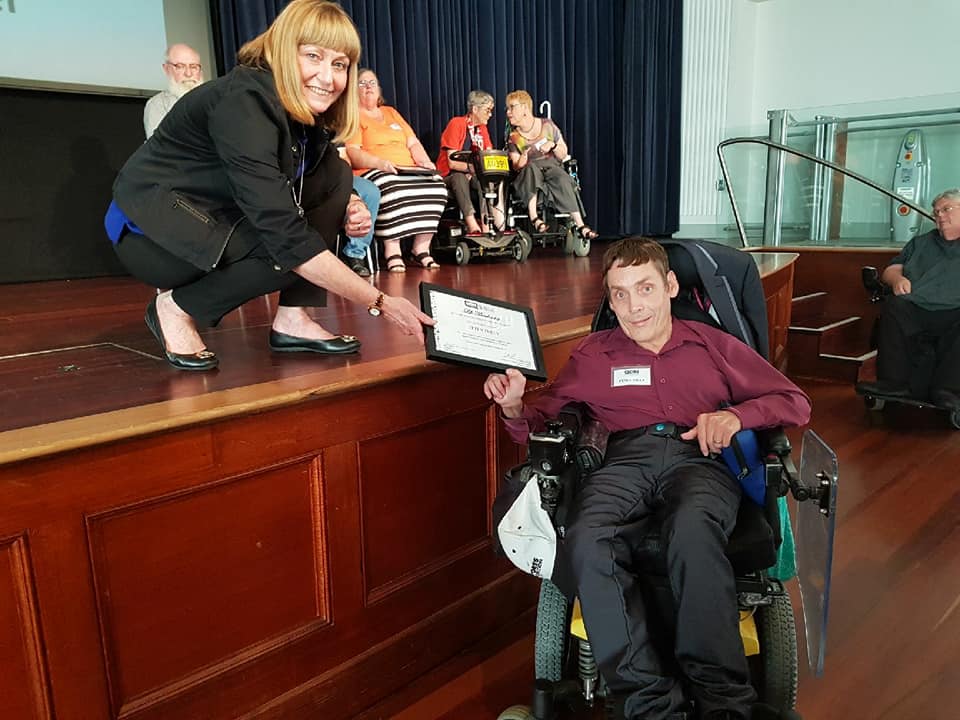 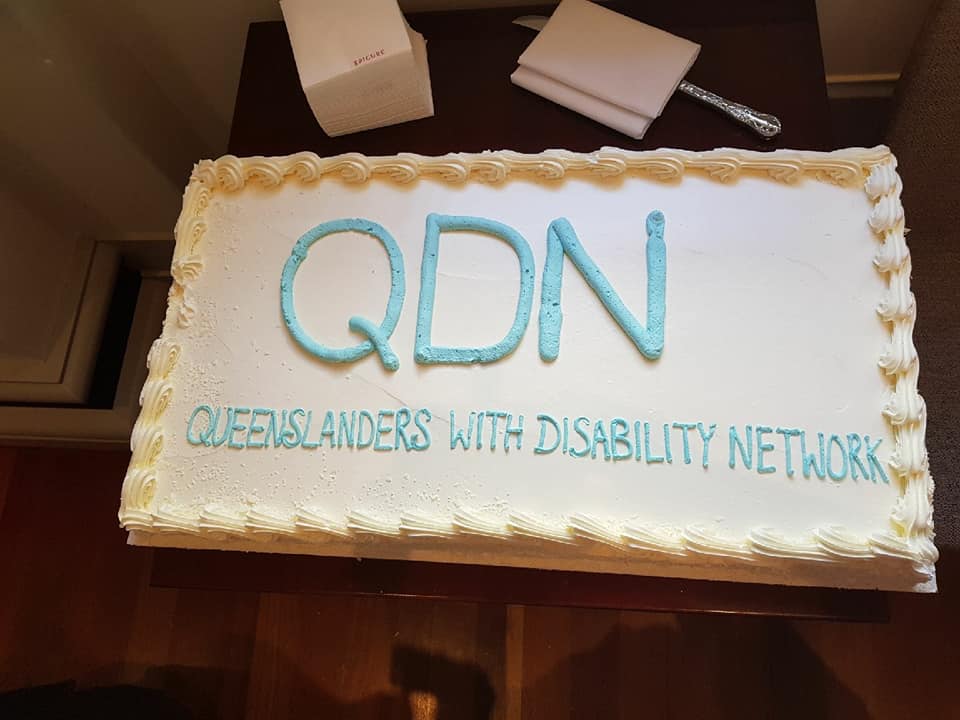